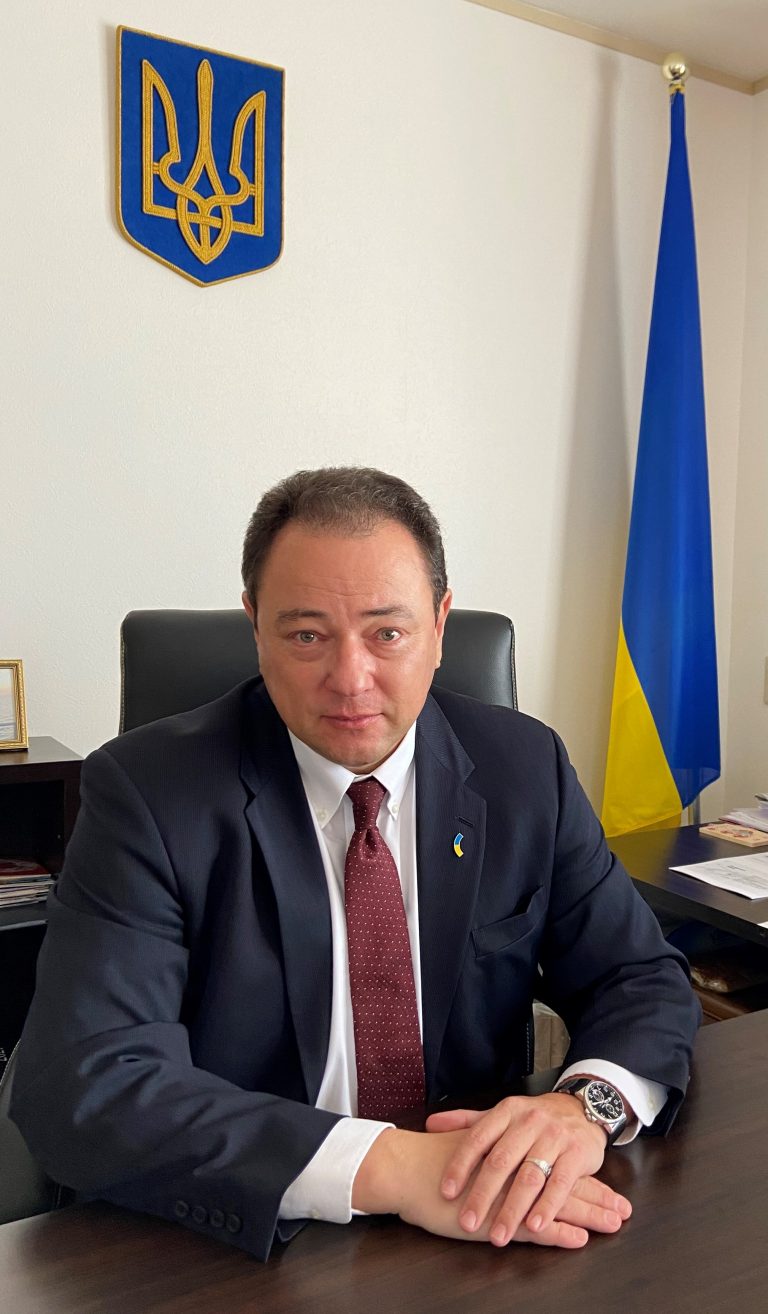 Dr. Sergiy Korsunsky was appointed as Ambassador of Ukraine to Japan in 2020. Prior to that for three years he served as Director of the Hennadii Udovenko Diplomatic Academy of Ukraine. He holds a diplomatic rank of Ambassador Extraordinary and Plenipotentiary. Ambassador Korsunsky’s previous positions include: Ambassador Extraordinary and Plenipotentiary of Ukraine to the Republic of Turkey (2008-2016), Director-General of the Economic Department, Ukrainian Ministry of Foreign Affairs (2006-2008); Minister-Counselor and Acting Ambassador at the Embassy of Ukraine in the USA (2000-2005); Deputy Director, Department for Economic Cooperation, Ministry of Foreign Affairs of Ukraine (1999-2000); Counselor for Economy, Embassy of Ukraine in the State of Israel (1994-1998).

Ambassador Korsunsky has extensive professional experience with strategic planning and development, including energy, trade and investment policy, energy security, regional security, science and technology. He holds a Doctor of Science Degree in Applied Mathematics since 1991. He is a well-known expert on geopolitical issues and energy security.

Dr. Korsunsky authored more than 300 publications, including 10 books. He had been teaching Critical Thinking, Negotiations, Geopolitics, Energy Diplomacy at the Diplomatic Academy of Ukraine. His most recent book published in 2020 is “Foreign Policy in Times of Transformations: How not be left on the margins of history”. In 2008 he was awarded for his contribution to economic development by the President of Ukraine.